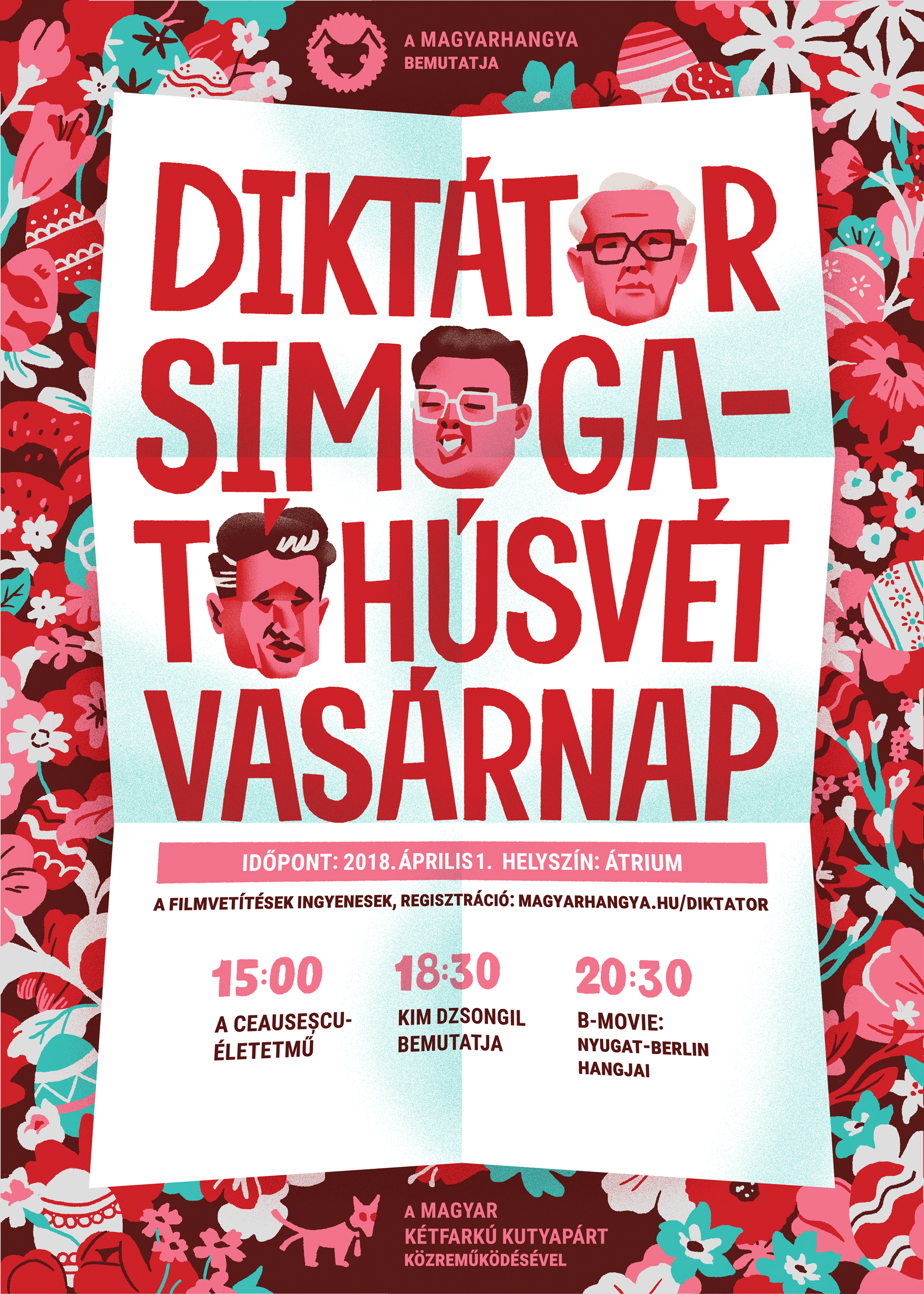 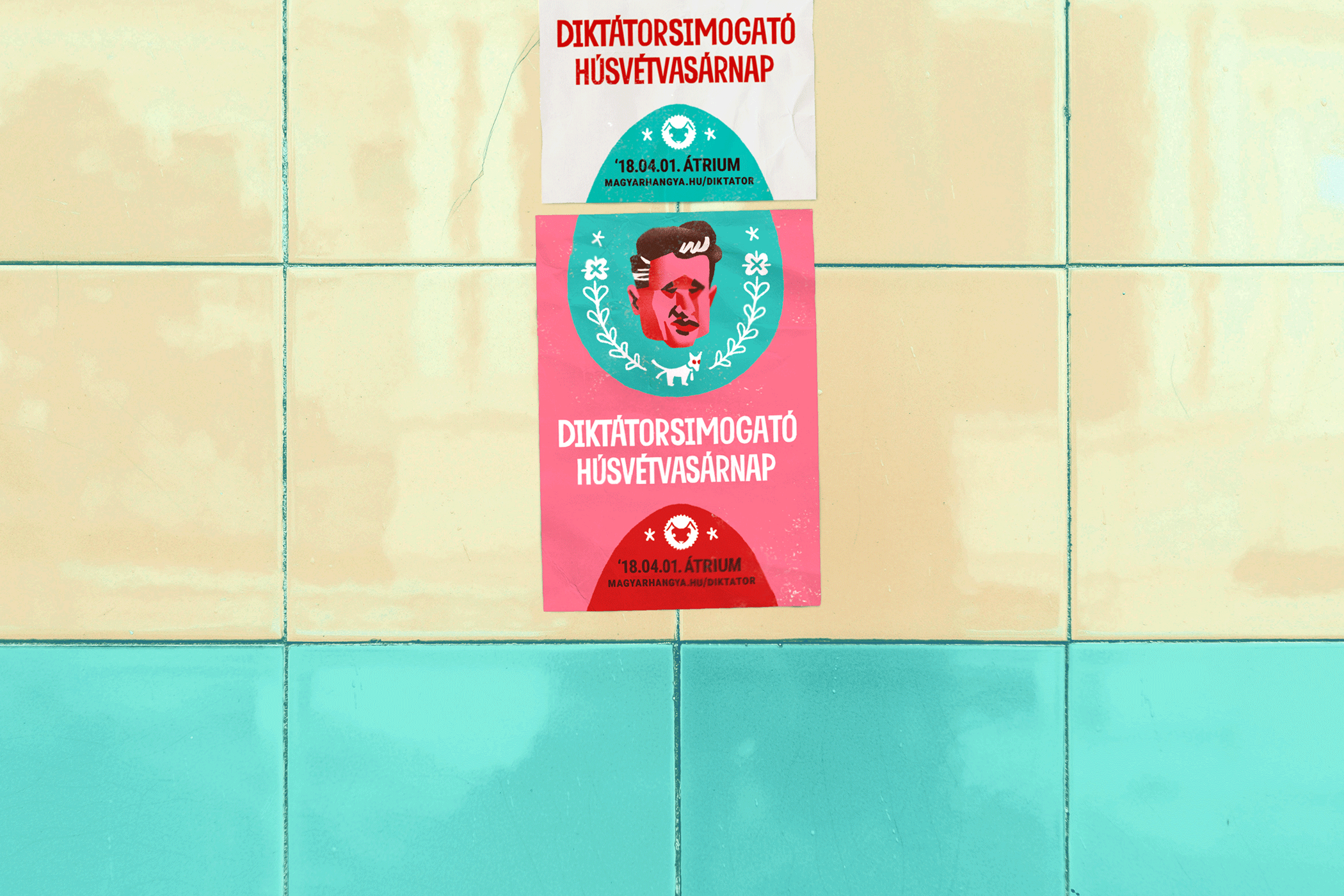 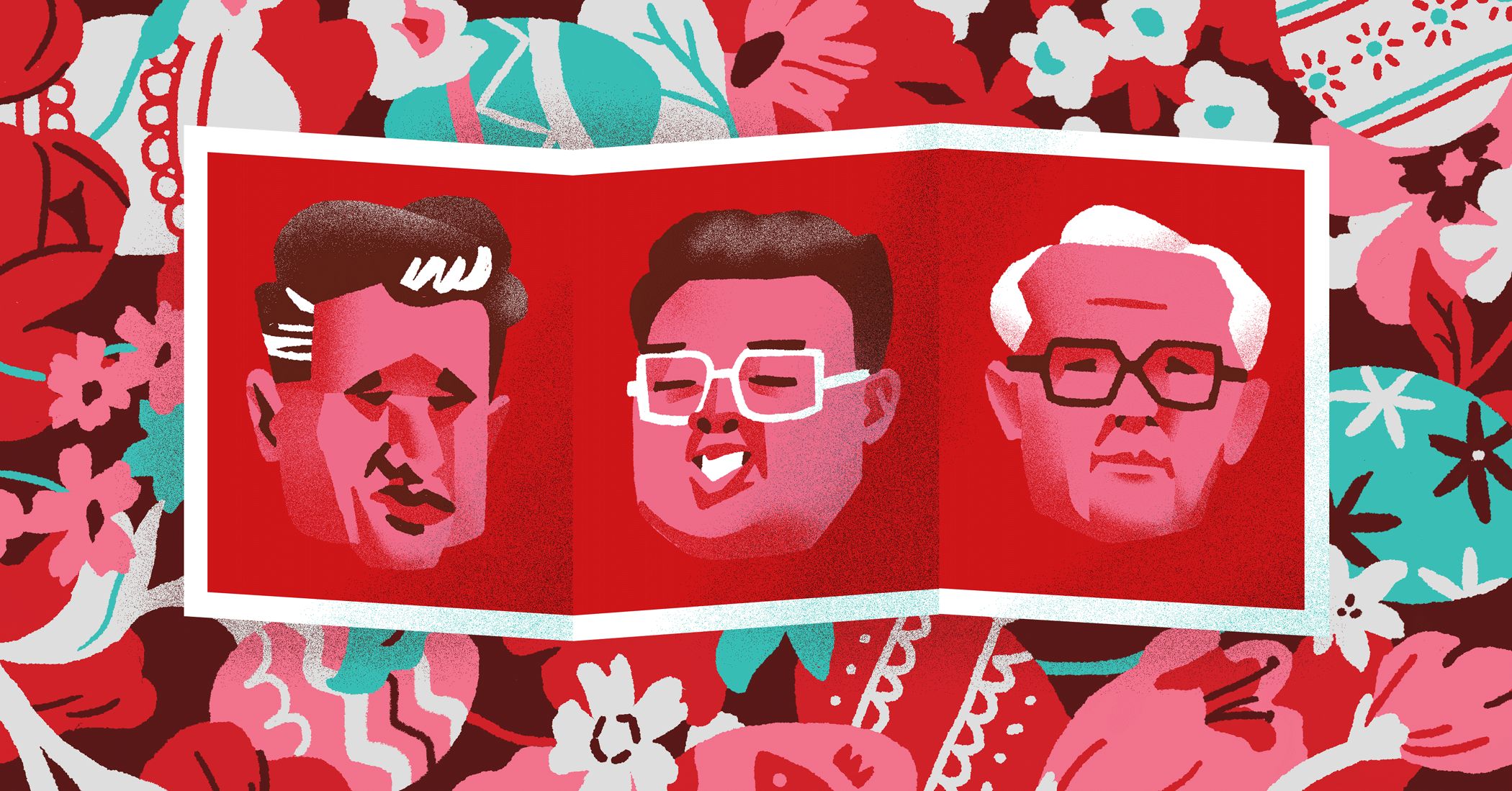 The first day of April 2018 was a packed date for Hungary. Not only it was Easter Sunday and April’s Fool Day, but it was also the last day of the weekend before the parliamentary election. An independent film distributor in co-operation with the joke party MKKP (Hungarian Two-tailed Dog Party) set up a thematic documentary screening event. Each of the three featured films was telling a story of a dictator: Nicolae Ceaușescu, Kim Jong-il and Erich Honecker.

We designed elements for offline and online campaign as well. The poster stands as the main element of the event. In addition, we designed a three-piece variable sticker set for the offline campaign. The online visual identity contains a facebook event cover and an animated cover for the facebook page. The concept evokes the nostalgic visuals of the past, we mixed the minimalism of the old socialist propaganda with the holiday’s overflowing flamboyance. By the way he coloured eggs come from folklore. In Hungary, on Easter Monday the boys sprinkle the girls with water in exchange of painted and decorated eggs. If you are interested in other portrait illustrations from us, you can check out our promotion video project for Comedy Central.

Thanks to Ábel Pálos for the assignment!